Welcome to your home in Puebla

Henry Adelbert Leicht Hugo Meye, (Hamburg, Germany August 27, 1881 - August 15, of 1952), settled for about 20 years in the city of Puebla. He is an author of the book The Streets of Puebla that its the most extensive and documented study of the history, streets and neighborhoods of the Angelopolis Villager. 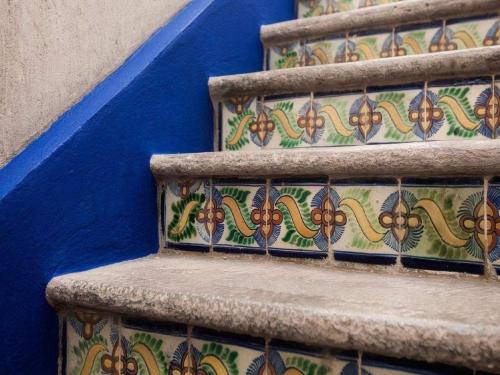 In "the Streets of Puebla" Hugo Leicht describes the street of Ovando's Bridge, 3 Orientate 600. Him there came the name of Ovando's Bridge, used already in 1777, for being immediate to the house of the alderman Agustin de Ovando. The stable titles Street of Ovando's Bridge from 1832 in several polls and almanacs, but the most ancient and more current name is that of Ovando's Street, also being calling an Ovando's alley for the house being forming a corner near to Ovando's bridge.
He says the historian villager Veytia in 1780 " the street of the Old Customs (200 East Ave 3) has to the end a small bend in the house of the alderman don Agustín de Ovando and Villavicencia" The first one of this family that came to Puebla, he was Agustin Ovando y Ledezma, native of Salvatierra, Spain. That was a mayor in 1732, married in 1733 Maria Dolores Juliana Núñez of Villavicencio and died in 1769, his son, Agustin de Ovando and Villavicencio was born in 1745, married Juana Leandra Gómez de Parada and was alderman and mayor in 1773. He resigned the regiment but not to the honors of him being calling a retired alderman. For the second time he was a mayor in 1791 and he continue in his post the following year. 2 Houses Concerned not only in this street, possession that was spreading up to the Street of Analco's Bridge, where also there was Ovando's House, but in addition the House of the Dolls (current University Museum). The primogeniture inherited his son, Jose Maria de Ovando y Parada, born about 1776, which in 1821 was a captain of the company of cavalry of national militia. 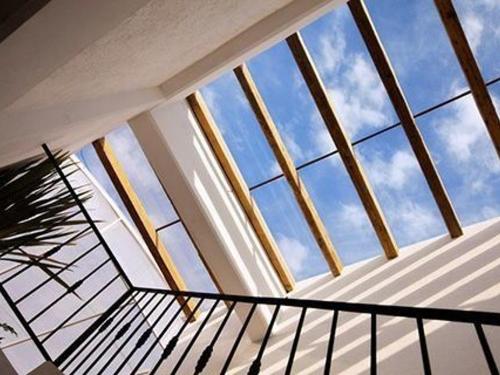 In 1822 and in the poll of 1832 she is mentioned as owner of the house, number at the time 1 of this Av. 3 Orientate 600 that he itself was living. The daughter of don Agustín, Maria del Rosario, married Jose Mariano Fagoaga, ordinary mayor in Mexico. The estate in the Av. 3 East, it stayed in his power up to ends of the 19th century. In 1886, Mrs. Lic. Eduardo and Jose Maria de Ovando and Haro inherited from Jose Maria de Ovando and Cervantes the house number 14 (627) and sold them successively in 1886.

The front is of style villager with geometric petatillo in brick and austere plaster-works. It consists of a great central court covered now with a modern flip-top, translucent tent for protection of the guests. All his ancient parts were respected and preserved adequately by the supervision of the INAH and natural materials have been in use for achieving the warm and comfortable environment that it possesses.In the year 1991 this old and majestic casona of the Count of Ovando, was acquired by the family Coghlan Parra who with a group of investors Poblanos they have created the Concept DESCANSERÍA Hotel Business and Pleasure with his 24 wide and comfortable rooms, where there is combined the comfortable and modern of his facilities, with the beautiful of the natural materials and the captivation of the ancient thing.Welcome to Descansería.